All in all, a pretty decent sequel 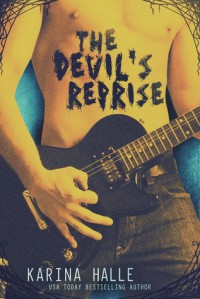 “Be careful what she wished for”

I honestly expected a lot more from this book. It was a pretty short read in general but so much more could have been done. I don’t mean to say that it was bad, it was a really fun read but I just wanted more.

This book is written in Dual POV and while that doesn’t always work out, it definitely worked in favor of this book. It made it a lot easier to enjoy the book and not only because we finally got to be inside of Sage’s mind. There were just times when it was so much easier to be in the other person’s head, for example, when Dawn went all jealous on me, I found it a relief to be in Sage’s head. Similarly when Sage went all douchebaggy on me, I preferred Dawn’s mind.

This time around it was Dawn who made ‘a mistake’ by making a deal with the devil, but she doesn’t even remember doing it. She still remains a pretty great female lead. She does have a few moments where I want to smack her but she pulled through in the end. I could say more about her but there isn’t much of a point because even though she is the one who made the deal, this was definitely Sage’s story.

“It should have been me.
But it wasn’t.
And the music played on”

Sage is basically a mess after the events of the last book. He is full of self-loathing and pain. He blames himself for what happened. He doesn’t think he should have survived. He just wants to be numb because he cannot live with himself half of the time. His best friend won’t talk to him and Noelle is a mess, and will probably remain that way for the rest of her life.

At the beginning of the book he is a shell of a person, always drunk out of his mind and high on something. Sound familiar? No? That’s because he changed completely. Even music, the one thing he loved, doesn’t bring him the peace he needs. He is floating through life. And then Dawn comes back. Oh it takes him a while to actually see through his haze of self-hatred and man up, but when he does, it’s definitely worth it. It was great to see him come such long ways from the beginning of the book to where he was at the end of it.

He had some help of course, from his manager Jacob. It was actually refreshing to see how little he had changed. He obviously cared a great deal about Sage but you know, he has got to make his money. The show must go on even if lives are at stake. We did get to learn some about his past so that was nice.

There are new secondary characters as well, Max and Tricky. Tricky was mostly in the background and Max, well I don’t know what to say about him because honestly, I still don’t know how I feel about him.

I think the main reason this book didn’t work for me was because the magic of the first book came from the band and there wasn’t a band in this book. It was mostly a one man’s show. You didn’t get to see how the band interacted with each other and how despite all their issues they were really great people. I missed all of them so much.

The book was definitely a whole lot creepier this time around. Which made it so much more exciting. The plot was well paced and like I mentioned before, the book was a quick read. I was sad to see it end so soon.

I have to admit though; I did NOT like the epilogue. It just seemed so unnecessary and cheesy in some ways. The book could have definitely done without it.

On the whole this was a pretty decent sequel. You could tell that Karina had actually planned the whole thing out instead of just writing a sequel just for the sake of it.