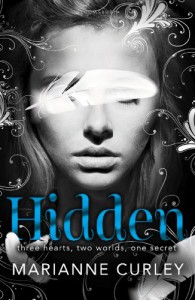 I started this book with rather high hopes. I am not big on angel books because of bad experiences with them, but the summary of this book lured me in.

Oh god I don’t even know where to start with how terrible this book was. It broke my heart into little pieces. I was almost bawling by the end of it because it was so BAD!

For someone who is too lazy to read this whole rant. Here is what you need to know. The main character is involved in a love triangle where both the ‘romances’ are insta love.

Now that I have that cleared up let’s start with the Ebony. I hate her. By the end of the book all I was hoping for was the fact that she would die. She is a nightmare of a main character. She is extremely pathetic as well. In the beginning I didn’t think she was that bad. When told she was adopted, she had the reaction I had been looking in all the other books where characters find out they are adopted, she asked why they couldn’t have told her earlier, because the fact that she was adopted wouldn’t change the fact that she loved them and that she knew they loved her, so why? I was so glad that she wasn’t going to be a stupid main character but it was all a lie.

When Ebony first encounters Jordan, she starts rambling and then she stares in his eyes and she feels something. Ohmergerd. It was love at first sight. However, what happened in this encounter was that she accidently bumped into Jordan but because she is so strong he kind of goes smack against the wall. At some point during the conversation he states that she is strong and then she goes all awkward. Now what I don’t get is that is there something wrong with being strong? Girls cannot be strong?

Later on we found out that this connection they had was because she was his guardian angel. You cannot imagine my joy at that point. I thought this book was going to be everything I hoped Halo would have been. Where the girl goes around saving the guy’s ass and you know protecting him. Well the joke was on me because Jordan is about a hundred times smarter than this doofus.

Now then we must continue on to her stupidity. She wants answers yet when Jordan and Thane are actually trying to give them to her, she goes in denial and runs away from that. I mean when the dude Zavier comes she is intrigued, and even though her senses tells her to run away, she stays and listens to what he has to say but when it comes to Jordan and Thane. Nooo she just won’t listen. Does she have a thing for bad guys?
If I thought the whole situation with Jordan was insta-love.. I don’t know what I was talking about. The situation with Thane was insta-love redefined. Despite the fact she was so vary of Thane, when she actually meets him, its love at first sight again. She feels like she finally belongs. At this point I was hoping for lightening to strike and kill her or me. I was on the verge of tears because this book was so awful.

This girl needs to get serious help.

She spends a good part whining about finding her parents but when she actually meets the angels? She doesn’t even bother to tell them what she learned from them, because that couldn’t help at all could it?
She spends such a large portion in denial even though she’s the angel whereas Jordan, who is merely a human, is more open to the idea than she is. Talk about irony.

Now moving on to Jordan, who was our male lead and is also apparently not a love interest anymore. I didn’t like him at first. I was pretty sure he was crazy but he was so much better than Ebony, it’s ridiculous.
In the beginning of the book we see him get beaten up to death by someone who used to be his best friend and who he thought of like a brother. This dude ruined his whole life based on something that wasn’t even true and almost killed him but Jordan still feels bad for him and doesn’t want him to go to jail. I was pretty annoyed at this point because it doesn’t make sense at all. Oh it’s nice he is forgiving but justice is a big deal. The thing is he didn’t even try to fight when Adam was beating him up. Does he have no sense of self-preservation?

Jordan does become a whole lot smarter as the book goes on and he actually seems like a real teen to me. The author doesn’t present him as a tortured bad boy but someone with a bad past who is actually a nice person. Which is appreciated. What is not appreciated is the fact that the author spends so much time building his character just to throw in a love triangle and make his chances of actually getting the girl impossibly low. It makes no sense to me. I actually came to like Jordan. He made some stupid decisions but male leads like him in YA are kind of rare, he seems like a real teen but he isn’t completely stupid or an ass for that matter.

I also hate how Jordan is smarter than Ebony. Ebony is his guardian angel for crying out loud, yet he is the one comforting her and trying to make her understand. It’s like Halo all over again except its better. All I want is a book where for once the girl will be the one kicking ass and protecting the guy. Is that too much to ask? Is it too much to want a female lead who isn’t stupid and isn’t busy dreaming about guys?

The thing is the whole love triangle thing would have been a whole lot more bearable if both the relationships were developed, but none of them were. They are both based on some E.T. (for the lack of a better term) connections and none of the characters actually put in the effort to learn anything about each other. (Not counting Jordan and Thane’s relationship).

Amber is really flat character. She was a major part of the book or otherwise I wouldn’t have even brought her up. I mean she is supporting and what not but there is nothing else to her. There is no depth.

Thane. Now I liked Thane when it was just him and Jordan, when Ebony steps into the picture he just becomes a love sick puppy who forgets all about Jordan. It’s ridiculous. I don’t even know what’s so special about her and I think Jordan deserves a lot better than a whiny little girl. Jordan and Thane probably had the strongest relationship in the book now that think about it. They actually get to know each other. Ooo I have an idea.. how about Jordan and Thane runaway together and leave Ebony to die? I can die happy.

This book seems to be missing a plot. Half way through the book Jordan and Ebony have only met once and nothing else is happening. There is a lot of world building going on but NOTHING IS HAPPENING. Nothing happens until the last 1/4th of the book and by then I was bored to death. It’s SLOW.

I think this book was only an introduction into this world and that exciting stuff is to come later on in the series but the last 1/4th couldn’t redeem the book for me. It had the opposite effect. It made me despise the book.

At this point all I want is for the Evil Prince to kidnap Ebony and destroy her. I don’t think I can read the sequels after what this book did to me. I’ll admit to secretly wanting to know who she ends up with (if it’s Thane this book was… I don’t even know what to say because it was already a waste of my time).

All I really want right now is a good book and tons of comfort food and maybe a hug.