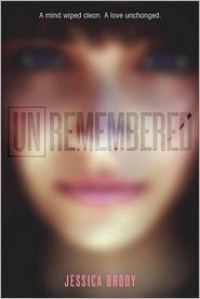 The opening to this book was beautiful. It was absolutely perfect and stunning, it was what made me go, this is going to be a great book, I just know it.

She wakes up in the middle of nowhere, she knows she is not supposed to have survived, yet she did. She doesn’t remember anything though, not even her name. I think this quote summarizes the idea of not remembering anything, usually it’s a difficult concept to wrap your brain around. What do you mean you cannot remember ANYTHING, how can you forget what you look like, or what a hug is, etc.

“Forgetting who you are is so much more complicated than simply forgetting your name. It’s also forgetting your dreams. Your aspirations. What makes you happy. What you pray you’ll never have to live without. It’s meeting yourself for the first time, and not being sure of your first impression.”

Then we are introduced to the strange boy who claims to know this girl. He knows about the locket, unlike everyone else who claims to “know her”. The problem is that everything he is telling her confuses her, it makes sense but she doesn’t want to believe him, she likes to have proof and until she has that she won’t believe him.

I think Seraphina is a rather interesting character, I think the fact that she doesn’t remember anything is actually portrayed really well, it’s easy to believe that she HAS forgotten everything, of course this makes it a bit harder to relate to her, but then again I don’t think we CAN relate to her. I love how she won’t believe everything that she is told and would like concrete proof first, of course this is what may land her in trouble from time to time but at least she is thinking for herself, she isn’t dependent on anyone.

Cody, her foster brother is also really cute, I love the things he has to say and his grudge against pretty girls. That one made me laugh so much. But I love that despite this, he wants to help Seraphina, they aren’t all buddy buddy or anything but he still agrees to help her. He isn’t what I would call loyal but rather helpful I suppose.

Zen is absolutely adorable, there are no other words to describe him, of course I wish there was more of an insight to their current relationship instead of flashbacks but they never got the chance to truly reconnect with everything else that was going on. I don’t think there is much I can say to his character because you know we know he is caring and that he loves Sera but we aren’t told much else about him. Also I find their romance a little too cheesy, I don’t understand what Zen really saw in her. But that’s probably because their relationship wasn’t explored, it’s more like, the author told us they were in love and we were supposed to believe that.

The plot is rather interesting but everything feels so rushed. I think there were some great concepts in the book and I would have been happier had they been looked at in more depth. The author just seemed to be bouncing ideas around. One thing that really got me though was the concept of what makes you human. How do you define being human? Of course this isn’t a concept explored in the book but it’s mentioned and it stuck with me throughout the book, I questioned what Sera really was, trying to find the traces of humanity in her and trying to come up with my own definition of humanity.

I think in the end this book let me down. In the beginning of this review I say that I gave this book 3.5 because of the upcoming triangle and while that is one of the reasons (it was the one that got the most reaction out of me anyway, I might have overlooked everything else otherwise), I think this book did disappoint me even aside from that. The summary makes it sound so interesting, the sole survivor of a plane crash who doesn’t remember anything, in the end of course was she even a passenger on the plane? I guess I had my expectations up really high. This book brought in some really good concepts and had they been explored well enough to satisfy my needs it wouldn’t have been disappointing but alas that wasn’t the case.

I recommend this book to people looking for a light sci fic book. It isn’t all that but it was still good.