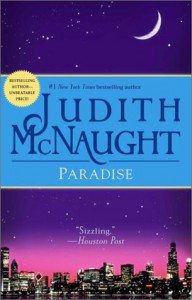 I didn't even notice how long this book was, it kind of just flew by. I've had my eye on it for a while so it's a relief to finally read it but I'll say this, I may have expected a tid bid more.

Matt and Meredith are great main characters and one cannot help loving them both but sometimes Meredith pissed me off. She should have given him a chance instead of dragging it out. I mean I understand why she did it, to have to go through what she did at the age of 18, it would make anyone vary yet it doesn't mean it didn't annoy me that she wouldn't give Matt a chance.

Matt is really sweet. I mean I really thought there was no way I'd like him but the author definitely redeems him. The thing that bugged me about him was how he was so set on revenge, I mean yes his pride was hurt but Meredith wasn't nearly as vengeful as he was. He was basically trying to destroy her.. which isn't really nice (yes I realize I sound like a 8 year old).

The secondary characters... yeah.
Parker... I have no idea why people love him. He has no redeeming qualities. Also if he was in love with Meredith how did he get over her so quickly.

Lisa. I DESPISE HER. She is horrible. I didn't like her when she was 14 and I still don't like her. She is a snob, no she isn't even rich, she comes from a middle class family but she is a snob. I don't understand how she can do that to her friend. It's ridiculous. She is also extremely selfish. I think my hatred for her is probably irrational because no one seems to dislike her as much as I do but I cannot seem to help it.

Meredith's father however was an interesting character. A lot of people despised him but I cannot bring myself to do that. It's obvious that he loves Meredith but the way he expresses this love is really awful. What I see in Phillip is a man who ruined his own life. He ruined his own chance at happiness because of his own fears.

What I would have definitely liked to see more of was Meredith's relationship with Joel. Oh and some more scenes with Caroline. Yes it is obvious that her father is redeemed in the end but I wish that would have been explored because I would have liked to see how that affected things.

The romance was...I don't actually know. It's weird because there was so much drama that it kind of just overpowered the romance.

This book is not meant for everybody because it can be boring and there can be too much angst but if you're up for it, give it a shot. Mean while I need to read something else.... to cover up for this one.